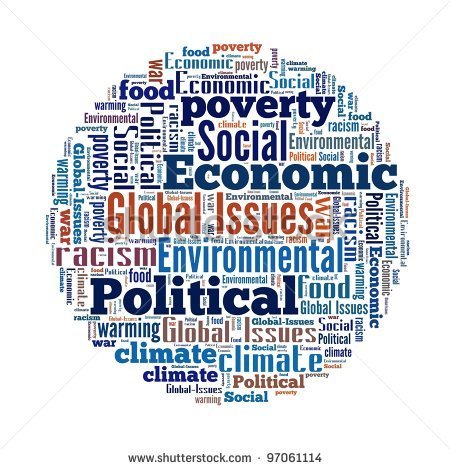 Currently there are several ideological and pedagogical debates surrounding the Geneseo humanities sequence: second only to the battle over the canon, the debate over whether or not the humanities should teach students how to engage with contemporary social issues has polarized the teachers and students who take part in the courses.  And this debate is certainly amplified by the conception of the humanities as one of the primary dispositives of Geneseo’s liberal arts agenda. To put it another way, many students are passionate about how current events should be used in the humanities because these students see the humanities sequence as central to Geneseo’s liberal arts mission of creating informed citizens.  Katherine Zaslavsky, a Senior sociology major who will graduate in the Spring of 2017, was eloquently adamant in her assertion that current events are central to the purpose of the humanities.  Katherine put it this way:  most people in the course have not “had the experiences of the writers we’re looking at.  We didn’t live in those times.  I think whatever we get out of the texts, there’s no way to understand what that means unless we translate it to an event in our lives or a current event that we’re informed about.”  While some would react by arguing that the canonical texts of the humanities are relevant because of their articulation of the human condition that cannot be relegated to a single point in space or time, I think Katherine’s point is not mutually exclusive from this belief.  Instead, I think Katherine’s belief suggests that applying these different perspectives—perspectives that students will admit they are not formally acquainted with—is a way of both understanding the intellectual history of the people who came before us, as well as the lives of others with experiences different than our own.  Continuing on the importance of current events and an exploration of social issues, Katherine went on to say, “we learned about civil rights movement in the united states, but there are so many similar movements around the world that you could also read about—the Arab Spring—we’re so fortunate in America to not have lived through any of these things, but at the same time it means that we don’t have any of that primary experience.”

Professor Justin Behrend had similar comments about understanding the experiences of others, and discussed its importance in the liberal arts—a subject that we’ve taken up more thoroughly in a different post that deals with empathy in the liberal arts.  Additionally, Professor Behrend agreed with Katherine’s sentiment regarding the importance of discussing current events in the humanities.  According to Professor Behrend, “the Humanities only really works if you’re trying to connect it to the present,” and one way he tries to make these connections is by reflecting on the assumptions we assign different groups of people, “particularly to women.”  How have these assumptions changed?  How have they not changed?  And what are the implications of these assumptions?  In this way, he creates an arc from the intellectual histories that he teaches to the way we think about different people in contemporary situations.  Professor Kirk made similar comments, arguing that ideally, the humanities functions as a “history of ideas.”  According to Professor Kirk, the humanities should expose students to all kinds of ideas; these ideas can act as a “sort of launch pad to think about what sort of ideas have not emerged yet and how they can have a role” in contemporary issues.  Professor Kirk—with her background in development and democratization—utilizes discourses of colonialism as a foci for making connections to current events.  In our interview, Professor Kirk stated that because a liberal arts education is built to prepare students to be engaged and informed citizens, “humanities can only make sense if you can apply it to the modern day;” in order to understand western thought, “you have to understand what the nonwest or nonwests are.  The west became as great as it did because it drew from the nonwest—often in not so kind ways.”  Accordingly, in her formulation of the humanities course, she attempts to draw connections between current events and histories of colonialism. Professor Asher approaches the humanities a little differently; while recognizing the validity of looking at humanities texts through current events and emphasizing the value of this pedagogical approach, he admitted that he doesn’t approach teaching the humanities this way.  “A lot of my best friends” will make connections to contemporary politics, Asher told us, “I personally try not to do that, for a number of reasons.  I’m hoping they [students] make some connections, but I try not to get currently political in that regard.”  Instead, Professor Asher takes a more literary approach and attempts to create an intellectual arc from author to author, genre to genre, and text to text.

This work is licensed under a Creative Commons Attribution 4.0 International License.